DangerAngel is a Hard/Heavy rock band coming from Athens, Greece. Formed in 2006, they have released two albums titled “Danger Angel” (2010) and “Revolutia” (2013) and have recently released their third release “All The King’s Horses”  on September 30th via Melodic Rock Records. They are one of the most prominent bands in Greece and they maintain a healthy following around the world, after their two albums have been released worldwide to wide acclaim by fans and critics alike.

Members come from different backgrounds, Ethan Snow (guitars) and Rudy Rallis (bass) being former members of local rock, hard rock and heavy metal bands (Rudy is also a member of the female-fronted heavy metal band Fallen Arise) while AHAS (keyboards) comes from a funk-RnB background, also being a founding member of the Christian Rock band “the Floks”, with whom he released two albums in 2003 and 2009 and toured the US. He was also played the keys for the Greek pop-rock band Nekyia (Warner Music)  with whom he released one album in 2010. He is a certified keyboards, piano and jazz theory professor and also plays the trumpet. He is also responsible for the Administration department of the “Anagennisi” (tr. Renaissance) Conservatory in Athens, Greece.  Tony V. (drums) was a former member of Silver R.I.S.C. in the early nineties, with whom he released an album in 1992, titled “Anything She Does”. Tony has been a sought after session drummer ever since. Vocalist B.J. started his career at 17, being a member of Brazilian local bands while he recorded his first album at 18 with The Pills, making his debut appearance in the Brazilian MTV. Also member of the Brazilian hard rock band Tempestt, he released an album titled “Bring ’em On” in 2008 followed by a world tour. He released his first solo album in 2013, titled “Acoustic Heroes” as a tribute to his influences. Since 2009 he is a steady member of the Jeff Scott Soto band and since 2014 he is a member of the new Jeff Scott Soto project SOTO. In 2014, he performed with Talisman as a keyboard player and back vocalist for their much anticipated reunion performance at the Sweden Rock Festival. Apart from his amazing vocal talent, BJ expertly plays guitar and keyboards. 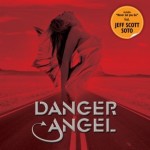 The debut Danger Angel album was recorded in Athens, Greece, during the period between 2008 and 2009. The band had to make several new music arrangements and re-record all vocals due to original singer Mike Kasidakis being replaced by Jimmy Cage within 2008. During the later part of recordings, the band secured the contribution of the legendary American hard rock and heavy metal singer Jeff Scott Soto, who participated in the album by performing the vocals for “Never Let You Go”. The song was not included in the original track-list, yet it was added after the band came to terms with Soto, during June, 2009 to contribute vocals for this song. Further guests in the album are former Firewind and Helloween drummer Mark Cross on “Runaway Angel” and Greek singer Peggy Zarou (Peggy’s Lillies) contributing additional vocals on “Till The End Of Time”. In January 2010, Danger Angel released their LP, titled “Danger Angel”, under Houston based Perris Records.

While the first album was a success and the band was more than happy with it, the changes in the lineup and the evolution in the band’s music brought a distinct change in the music and sound of Danger Angel when they started working on their new material. Their need for a new sound that would express their spirit and influences and the necessity of a more contemporary music image to keep up with what was going around them, made them look for something different.

This difference they elected  to illustrate by bringing on board Jeff Scott Soto as the producer to help orientate the new sound and musical approach, who in turn brought along his long-time producer John Ellis for the mixing and mastering.

This new collective brought together what is now “REVOLUTIA” . Not only a new album by a band that broke the borders of their country to look for something more but also the depiction of a life-situation that burdens the lives of all of the band members, their friends and families and millions of people around the world. With songs about love and hate, about dead ends and new opportunities, about turmoil and protest, about loss and confusion, about life and death situations and about what makes us human, “REVOLUTIA”  has something for each and every one out there.

This is an album that deals with everyday life and everyday life is hard. So is this album. Sometimes dark, sometimes melancholic and sometimes angry and desperate, it is also loving and optimistic at its core, “REVOLUTIA”  is Danger Angel’s statement on their music, their lives and their future.

“Revolutia” was released January 29th, 2013, once again via Perris Records, and started off with great reviews from the press as well as enthusiastic response by fans worldwide. It also led to the first European Tour for Danger Angel, who came aboard Jeff Scott Soto’s Damage Control Tour 2013, performing around Europe, bringing their music and show to a broad audience!

DangerAngel 2016 – All The King’s Horses 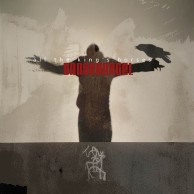 The future for DangerAngel in 2016 is already set in motion. A new, exciting singer, a new album and a new music direction.  The new DangerAngel album is titled “All The King’s Horses’ and it will explain everything put together in “Revolutia” in the way the band always intended when presenting the album back in 2013. When they insisted on saying that “Revolutia” was the preamble to their new identifying sound and musical statement, this is what they had in mind.

This time around, the band have decided to move in a different way as far as the album’s production is concerned. The production has been done completely by the band, while they chose a different engineer (Steve Lado) for the mixing and mastering process. 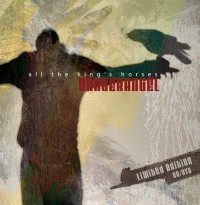 The songs are more powerful, heavier and more complex in their structure. The music has evolved, the lyrics have evolved, using the previous album as the stepping stone to the end that the band had in mind more than 4 years ago.”All The King’s Horses” will be the defining moment for DangerAngel and all you have to do is check your calendars for September 30th.

“All the Kings Horses” was released worldwide on September 30th in standard CD, Limited Edition CD/DVD and in digital form via Melodic Rock Records.

Three official videos have been released to promote the new album:

Who You Are, Dia De Los Muertos and Will You Follow with more to come soon.